Market Insight by René Marty - Do US elections equal a flight to safety?

Market Insight by René Marty - Do US elections equal a flight to safety?

We are often asked whether we too feel the effects of US Presidential elections through receiving more enquiries from US investors as they seek to diversify their exposures ahead of potential changes in Government.

The recent US election has arguably been one of the most anticipated for a generation but did consternation about the result - going either way - mean increased interest in offshore investments? The reality is that it’s not an easy question to answer.

There are myriad reasons for investors wanting to diversify their assets offshore, of which an election is just one. In fact, one of the key drivers we have seen in recent years has been the enormous national debt that the US has accumulated and the consequent fear of a collapse of the US currency. The current total debt of the US is $27.5 trillion compared to just $5.6 trillion twenty years ago, and the events of the last year have seen the debt rise particularly quickly. As a result, many investors seek flight to a more stable currency such as the Swiss franc (the USD has lost almost 80% of its purchasing power against the franc since 1970).

The dominant two-party system means that American politics is a pendulum that consistently swings between Democrat and Republican over time. As a result, every four years when the two big parties go to great lengths to heave their own candidate into the Oval Office, investors potentially face a seismic change in both leadership and in policy. For an investor who is investing for the long term, increasingly they see the value of diversifying their assets outside of the US, regardless of who is in the White House. In fact, one group stands out in particular: those who already have a greater connection to the world outside the US, either because they may have emigrated to the US, thus have European ancestors, or do business internationally. 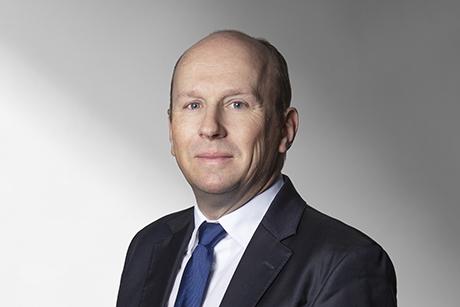 (Only in English) Taking a step back from the human dimension of the health crisis, and amid dramatic intervention by governments... END_OF_DOCUMENT_TOKEN_TO_BE_REPLACED

(Only in English) AT A GLANCE Is the Fed’s put back at work? Hammered value names close to a bottom? Selectivity is key in the... END_OF_DOCUMENT_TOKEN_TO_BE_REPLACED
Toutes les publications